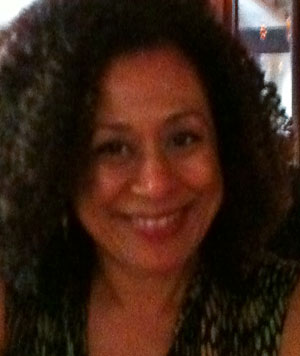 Zita Nunes is Associate Professor of English and Comparative Literature. She teaches and conducts research in the areas of African American/African Diaspora literature, the literature of the Americas, and literary theory.

The author of Cannibal Democracy: Race and Representation in the Literature of the Americas (Minnesota UP, 2008), Professor Nunes is the PI on the first phase of a digital archive of the black press in multiple languages, titled Digital Bilingual (Portuguese/English) Edition of Correio de Africa [Africa Mail] Newspaper (1921-24) with Scholarly Apparatus, which is made possible in part by a major three-year grant from the National Endowment for the Humanities: Exploring the Human Endeavor.

Professor Nunes is completing a book manuscript tentatively titled Racism in Translation. From the introduction: "The Chilean, Jaime Gil, was buried in an unmarked grave at the Harlem Valley Psychiatric Center, Wingdale, NY in November 1970. It seems improbable that he should have survived for 40 years in an institution internationally known for pioneering treatments such as insulin shock therapy, electroshock therapy, and pre-frontal lobotomies, but then everything about the life that brought Gil there in 1930 seems equally improbable. Gifted with a remarkable facility with languages, the person called Jaime Gil travelled and published throughout the Americas under assumed names in an act of literal and literary self-invention that translated him from James Bertram Clarke into José Clarana and Jaime Gil—a black man, a West Indian, a Latin American, Venezuelan Jew, a white Chilean.  At various times he lived in the United States, Brazil, Argentina, Venezuela, St. Vincent, St. Lucia, and Haiti under one or more of these assumed identities. A prolific author, this multiple person wrote about the experience with racism from the diverse perspectives of these personae, perspectives developed through personal history as well as his involvements in and with black nationalist, cosmopolitan, feminist, Jewish, Pan-American and Pan-Africanist organizations and figures on the cusp of the 19th and 20th centuries. Like them, he addressed the major crises of their time: lynching, education, sexism, immigration, the “yellow peril,” citizenship, World War I, the League of Nations, US imperialism, and global human rights. Unlike them, however, he fractured himself in what, from the vantage point of the present, looks like a thought experiment on the relationship of racism and translation, using his body as a vector, taking what is understood as an ontological identity and making of it a performance, an epistemology, and the basis for anti-racist politics. He recognized the importance for anti-racist work of addressing the fluid, incoherent, multiple or fractured dimension of blackness and embodied this dimension at the expense, perhaps, of his own psyche.

The lessons learned from Gil’s life and those entangled with it is the subject of  book. My project uses Gil’s story in a work of historical recovery as well as of methodological and conceptual inquiry: What does it look like to undertake work at the site of entanglement that is not only theoretical, but also archival, interpretive, and engaged?  What does it mean to be the divided and incoherent black subject at the beginning of the 20th century—and even today—and what impact does the sustained acknowledgment of this condition have for scholarship and anti-racist activism? Gil in all of his instantiations models the truth that the story of the African Diaspora, especially in its engagement with anti-racist struggle, cannot be told one way or only one time, using one language or a single, orienting perspective. Where many scholars and activists in and of the Diaspora propose the need to find a common language for our different issues; Gil’s experiences suggest the need to find different languages for our common issues. His work, models a negotiation of the tensions between local concerns/understandings and larger collective movements by using translation as a strategy in a way that is instructive to the field of Diaspora Studies."

Professor Nunes lectures widely and teaches internationally, most recently at the University of Vienna, Austria and the Federal University of Bahia, Salvador, Brazil. She has also published journal and book articles, as well as reviews, is on the board of American Literature and is co-edting a special issue of that journal with Gwen Bergner titled “The Plantation, the Post-Plantation, and the Afterlives of Slavery.” The recipient of numerous grants and fellowships, including Fulbrights to Brazil and Mozambique, Professor Nunes was a fellow in the ADVANCE Leadership and Advancing Diversity programs and has served repeatedly as research mentor for the McNair Program. She has been the director of the Comparative Literature Program, of the Center for Literary and Coparative Studies, and  is currently the Associate Chair of the English department.