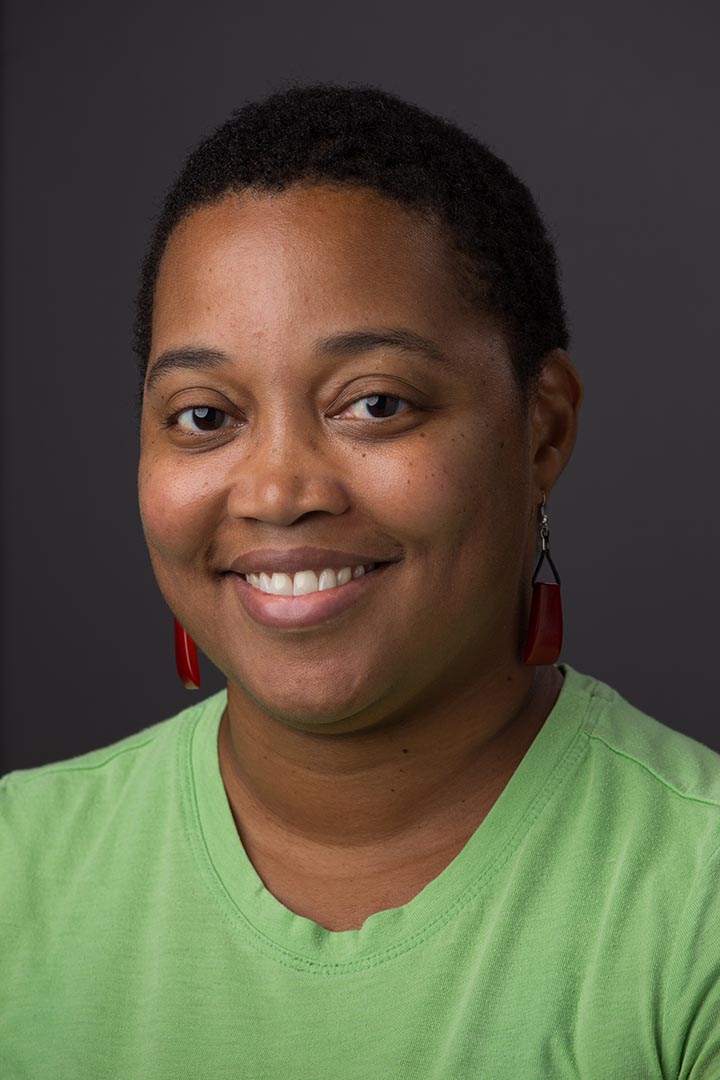 Crystal U. Davis is a dance artist and scholar whose work has been renowned by an eclectic community of adjudicators and audiences from Donald McKayle to the royal family of Jodhpur, India.  As a performer her work spans an array of genres from modern dance companies including Notes in Motion to East Indian dance companies including Nayikas Dance Theater Company to her own post-modern choreography at the Philadelphia Fringe Festival and Dance New Amsterdam. She has performed both her post-modern works and classical and folk forms of India across the country and abroad. Her creative work centers around the incongruities present between our daily behaviors and belief systems. She has conducted ethnographic research in Rajasthan, India on the relationship between religious beliefs and both creative and pedestrian movement. Her current research explores implicit bias in dance through a critical theory lens and how identity politics of privilege manifests in the body. Some of her recent publications include "Tendus and Tenancy: Black Dancers and the White Landscape of Dance Education" in the Palgrave Handbook of Race and Arts in Education. "Laying New Ground: Uprooting White Privilege and Planting Seeds of Equity and Inclusion" in Dance Education and Responsible Citizenship: Promoting Civic Engagement through Effective Dance Pedagogies.

She served as grant panelist for the South Carolina Arts Council and as board member for the International Somatic Movement Education and Therapy Association. Ms. Davis also founded a movement consulting company called Movement Artistry Project (M.A.P.) where she has worked in a variety of settings as a teacher, performer, and consultant. Her awards include Emory University’s Pioneer Award and the Texas Woman’s University’s Kitty McGhee Honor for Outstanding Achievement. Ms. Davis has authored a chapter in the Palgrave Handbook on Race and the Arts in Education (2017 release date forthcoming). She has contributed her expertise in dance, education, and somatic movement to the Lincoln Center Institute, the National Association of Independent Schools, and the National Dance Education Organization. Ms. Davis earned her B.A. in Religious Studies with a minor in Dance from Emory University, her M.F.A. in Dance from Texas Woman’s University, her Masters in Performance Studies from NYU’s Tisch School of the Arts, and her Laban-Bartenieff Movement Analysis certification from Integrated Movement Studies.