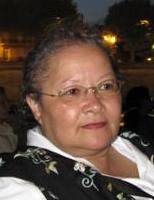 My primary interests are in African-American political culture, with an emphasis on gender. This takes me in exciting and varied directions from a focus on citizenship and rights to literal and conceptual maps of the daily lives and worldviews of African Americans in the nineteenth and early twentieth centuries to explorations of contemporary African American women visual artists’ and filmmakers’ engagements with history. Always I am conceptually most interested in unraveling the oft unseen work inherent in our daily lives – the work of friendship, the work of day-to-day political organizing, the work of creativity, and most importantly, the work of collectivity. A driving passion of all my explorations is a firm belief that community is an ongoing process located/rooted in the work that people do to continuously create it and possible only when gumbo ya ya (everybody talks at once) rather than conventional consensus is given full rein. Central to this is a concern for the work of narrative –from the stories black mothers have traditionally told their daughters to the retellings of histories that often undergird political rhetoric and, especially, the cherished stories students bring into the classroom and hold to so intently.

"What Has Happened Here": The Politics of Difference in Women's History and Feminist Politics

"What Has Happened Here": The Politics of Difference in Women's History and Feminist Politics argues for an approach to difference in women's history that centers "gumbo ya ya" ("Everybody talking at once") rather than privileging one set of voices over another.