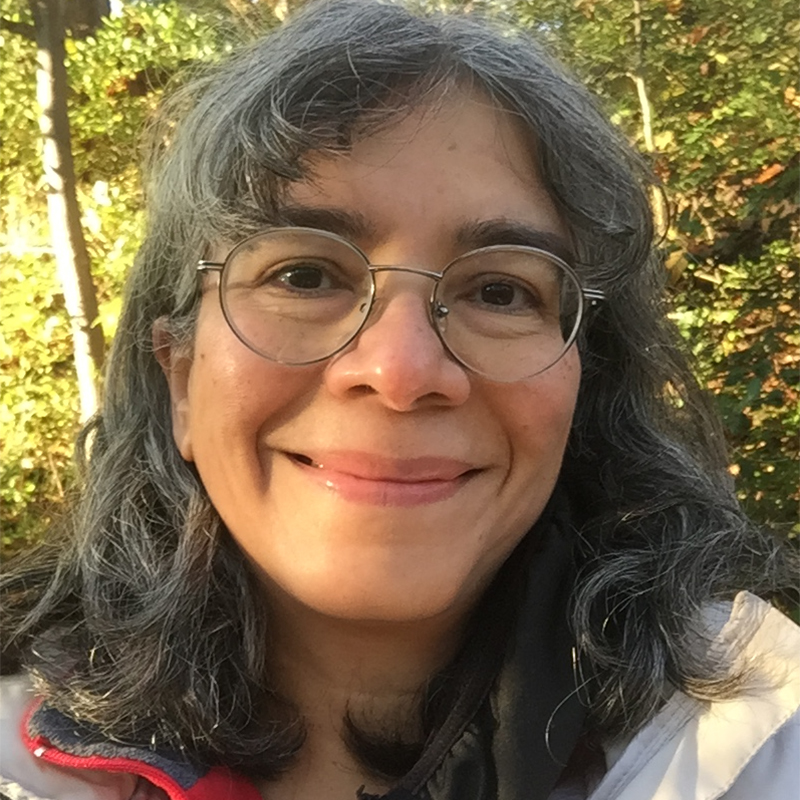 Dr. Ashwini Tambe is Professor in the Department of Women’s Studies. She is also the Editorial Director of the journal Feminist Studies, a premier venue for interdisciplinary feminist scholarship and creative expression. She has previously taught at the University of Toronto, Georgetown University and Temple University. Her interests include transnational feminist theory, modern South Asia, sexuality studies and global political economy. Her latest book, Defining Girlhood in India: A Transnational History of Sexual Maturity Laws (2019, University of Illinois Press), supported by SSHRC and NEH grants, examines the legal paradoxes in age standards for girls’ sexual consent in India. It shows how intergovernmental debates and ideas from AngloAmerican psychology in the mid-twentieth century influenced Indian discourses, and in turn how Indian experts contributed to the centering of girlhood in UN development discourses. Dr. Tambe is also coeditor, with Millie Thayer, of the forthcoming volume Transnational Feminist Itineraries (Duke University Press), which assesses the history and future of transnational feminist analysis and activism. She is also fascinated by the cosmopolitanism found in early women’s magazines in India, and is involved in analyzing and digitizing the archives of the Marathi magazine Stree.

Over the past decade, the bulk of her work has focused on how South Asian societies regulate sexual practices. Her book Codes of Misconduct: Regulating Prostitution in Late Colonial Bombay (University of Minnesota Press, 2009) reflects on the moral panics and racialized logics surrounding campaigns to curb sexually-transmitted disease and trafficking. The book challenges linear readings of the relationship between laws and their effects by treating legal prohibitions as productive forces. Dr. Tambe has also co-edited The Limits of British Colonial Control in South Asia (Routledge, 2008), which foregrounds social disorder in port cities in the Indian Ocean.

Her recent articles and chapters span topics such as age as a category of analysis (American Historical Review, April 2020), nationalism and reproduction (South Asia, Dec 2019), Indian American political activism (Feminist and Queer Theory: A Transnational Reader, Jan 2020), taking stock of #MeToo (Feminist Studies, 2018), street harassment and class politics (Interventions, 2013), climatology in scientific racism (Theory, Culture and Society, 2011), interdisciplinary approaches to feminist state theory (Comparative Studies of South Asia, Africa and the Middle East, 2010), economic liberalization and sexual liberalism in contemporary India (Economic and Political Weekly, 2010), and the long record of transnational approaches in feminist scholarship (New Global Studies, 2010). She has supervised doctoral dissertations on a wide range of topics, such as critical university studies, religion, sexuality, and transnational feminist theory. In 2018, she received a Graduate Mentor of the Year award from the university.

Dr. Tambe draws inspiration from feminist activism in multiple settings, including India and Malaysia, where she grew up. She is multilingual –speaking French, Marathi, Hindi and Portuguese– and seeks to engage with feminisms outside Anglocentric circles. Her major sources of nourishment are mothering, music (especially funk and jazz), theater, and Chinese brush painting.

At what age do girls gain the maturity to make sexual choices? This question provokes especially vexed debates in India, where early marriage is a widespread practice. India has served as a focal problem site in NGO campaigns and intergovernmental conferences setting age standards for sexual maturity. Over the last century, the country shifted the legal age of marriage from twelve, among the lowest in the world, to eighteen, at the high end of the global spectrum.

Ashwini Tambe illuminates the ideas that shaped such shifts: how the concept of adolescence as a sheltered phase led to delaying both marriage and legal adulthood; how the imperative of population control influenced laws on marriage age; and how imperial moral hierarchies between nations provoked defensive postures within India. Tambe's transnational feminist approach to legal history shows how intergovernmental debates influenced Indian laws and how expert discourses in India changed UN terminology about girls. Ultimately, the well-meaning focus on child marriage became tethered less to the well-being of girls themselves and more to parents' interests, population control targets, and the preservation of national reputation.

Against the backdrop of the industrial growth of Bombay, Codes of Misconduct examines the relationship between lawmaking, law enforcement, and sexual commerce. Ashwini Tambe challenges linear readings of how laws create effects and demonstrates that the regulation and criminalization of prostitution were not contrasting approaches to prostitution but different modes of state coercion.