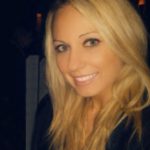 Jessica Lee Mathiason received her Ph.D. in Comparative Studies in Discourse and Society from the University of Minnesota in 2017. Her research focuses on how the interaction between new media and genetic technologies is shaping scientific frameworks of gender, race, and sexuality, particularly as they intersect with legal policy, questions of bioethics, and experiences of embodiment.

She is currently working on a book project titled Engineering Kinship: New Eugenic Media, Genetic Technologies, and the Queer Body, which examines the ideological and aesthetic evolution of eugenic discourse as it travels from Progressive Era Eugenic Cinema to 21st century genetic-themed film, television, and new media. Linking the critical humanities to the biological sciences, she contests the traditional narrative that eugenic science was an exclusively right-wing phenomenon by revealing the surprising appearance of several radical elements—feminism, progressive economics, and social welfare reform—within this otherwise pernicious social project. Today, these progressive strands of eugenic ideology have been de-radicalized through two significant shifts: from progressive economics to neoliberalism and from eugenics as a state-sponsored program to a corporation-driven one. This speculative future—depicted in audio-visual texts from Orphan Black and ReGenesis to viral videos on “Neo-evolution”— veers away from the progressives’ valuation of queer difference by employing technological means and legal strategies to compel social normativity.

Dr. Mathiason’s work has been published in the peer-reviewed journals Gender and History, Cultural Critique and Transgender Studies Quarterly as well as edited collections including Sisterhood, Science and Surveillance in Orphan Black: Critical Essays (ed. Buckman and Brennan Croft, McFarland 2019). She is also author of the novel Toxic Love: The Stalking of Nicole Briscoe (LexisNexis 2009).

From the Assassinations of the 1960s to Stoneman Douglas: Guns, Violence, and White Masculinity in Crisis

This essay explores the racial politics within contemporary anti-black police violence and school shootings alongside those that led to the passage of the Gun Control Act of 1968.

This essay analyzes the current epidemic of school shootings and anti-black police violence in conjunction with the passage of the Gun Control Act of 1968. These two cultural moments— set fifty years apart— are each rooted in the broader discourse of white masculinity in crisis and the insurgence of American nationalism which have intensified during times of great cultural change. In both periods, the impetus to pass gun control legislation is motivated not by the ongoing protests against gun violence facing black Americans, but by a handful of significant events that targeted predominantly white citizens, symbolized by the assassination of President Kennedy in the 1960s and the students of Stoneman Douglas today.

From Sentimentality to Science: Social Utility, Feminist Eugenics, and The End of the Road

My reading of The End of the Road offers an alternative perspective on American eugenics, its relationship to economic progressivism, and the role of white feminism in shaping these movements.

Given the sensational appeal of Katherine Davis’ The End of the Road, leading to its unofficial designation in The Exhibitor’s Herald as “the most talked about Picture in America” in 1919, it is surprising the film has not received greater critical attention for its peculiarly feminist eugenic vision. Reading The End of the Road alongside other U.S. government hygiene films and contemporaneous journal articles and medical texts, I reveal a different vision of Progressive Era eugenics than that found in the well-known work of Shelley Stamp, Martin Pernick, and Stacie Colwell. Drawing a distinction between what the progressives themselves termed “positive” and “negative” eugenics, I explore hygiene cinema’s unexpected intersection with first-wave feminism, progressive economics, and welfare reform. In so doing, I reveal a window into a nearly-forgotten feminist counter-culture that briefly attained governmental support due to the overlap in membership between the American Social Hygiene Association and the U.S. War Department. At the center of this vision is The End of the Road’s eugenic heroine, Mary, who is neither a wife nor a mother but a college-educated working woman who promotes the “development of oneself for the service of mankind.”

This essay queries the possibility of patenting “life itself” by examining the 2013 Myriad Genetics Supreme Court Case alongside the fictional patenting of the human genome in Orphan Black.

Connecting the real-life patenting of genes to the fictional patenting of the human genome in the TV series Orphan Black, I demonstrate how the neoliberal shift towards privatization is reframing the question of private property, specifically what Donna Dickenson refers to as “property in the body.” While the modern legal subject had ownership over its body, the meeting of eugenic science and intellectual property law today begs the question: to whom does the body and its self-reproducing parts belong? In a departure from the distinction Melinda Cooper draws between the germ and stem cell line, I contend that the 2013 Myriad Genetics Supreme Court Case has created an ideological loophole towards patenting “life itself” and Orphan Black provides an explanatory tool for how the modern legal system is structured by corporate pressures and a mode of legal interpretation that privileges private property rights. My argument unfolds via an examination of Orphan Black’s Leda (female) and Castor (male) clones’ synthetic DNA on three levels: as the object of an intellectual property patent, a mechanism of surplus life and sterility, and a sexually-transmitted virus or bioweapon. By investigating the differences in how the Ledas and Castors are affected by—and affect others through— their synthetic biology, we gain real-world insight into how cultural understandings of gender and sexuality are shaping the development of new scientific technologies and their adjudication in the courtroom. In its entirety, this essay reveals how the larger projects of neoliberalism, capitalism, and advanced scientific technologies are molding the eugenic project as it reemerges as 21st century genetic engineering.